Several months ago, our company approached St. Andrew's Nursery School and Methodist Church in Cherry Hill, New Jersey about participating in a Compassionate Edge Safety Window Film Project. The sole focus of our joint safety window film donation to the Parish and School Community was to improve the overall safety of the glass in the church and nursery school.

Safety and security window film has quickly become a proven method to improve the resiliency and impact resistance of commercial and residential glazing systems. With the clear understanding that safety window film is only one physical measure employed in a widespread physical security plan, St. Andrew's willingly accepted our offer to retrofit approximately 500 square feet of glass at no cost to the school and church in an effort to make their school and church the safest place for students, families, and parishioners.

Guardian Bastille, based in Haddonfield, New Jersey (suburban Philadelphia), has long been synonymous with safety and security window film projects throughout the Northeast and nationally. Dating to our first 3M Safety Window Film Installation at the Court of International Trade in New York City, our company has completed thousands of installations for K-12 School Systems, Private Schools, Colleges and Universities, Financial Institutions, Government Entities, Hotels, and many private and public businesses. Some of our most recognizable clients include the United States Air Force, United States Navy, Fidelity, the Whitney Museum of American Art, Brown University, Yale, and Harvard University.

Over the past 19 years, many of our marquee projects have been completed successfully with limited fan fare. Yet, our clients still enjoy the many benefits and peace of mind associated with the successful application of clear or solar control Safety and Security Window Film.

What are the Benefits of Safety and Security Window Film?

Fragment Retention -- safety window film is designed to contain flying shards of glass during vandalism, intrusion attempts, or other acts of aggression

School Safety -- security window film with wet glaze or other anchoring methods in designed to create a clear barrier on existing glazing systems to deter or delay entry into a school, campus building, or off-site facility 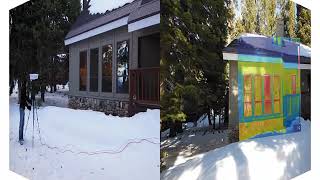 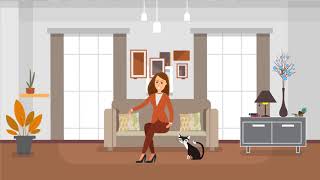 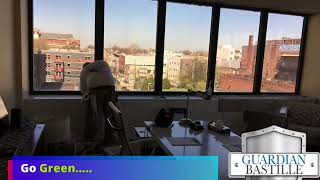 Window Film: Reduce Heat and Glare in your New York or Philadelphia Office

Decorative Window Film: Be Inspired. Open your Mind. Bring your Vision to Life.

Now You Can Blog from Everywhere!